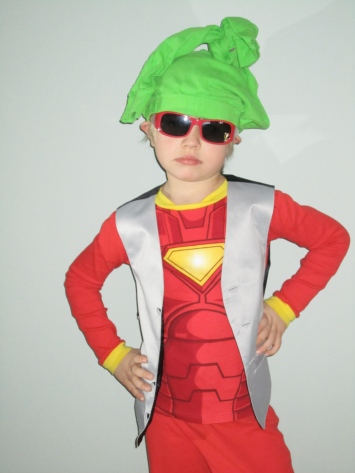 I started off this morning writing a blog about having a business plan for success. But I ending up going on such a tangent that I thought it best to let this be a post in itself. Now, if you’ve read most of my other posts, you’ll see how important the titles of my blog posts are to me – that’s my marketing side coming out. If possible, I like to come up with my title first and that gives me an idea about where I want to go with my idea. My first title doesn’t always stick, but at least, it gives me a starting point.  For instance, for the post I started to write, I thought I would do a play off of the urban slang word “business”. With there being no place less “urban” than Westchester County, I like to consult the urban dictionary – the true experts – just to make sure I’m using the word correctly. Good thing I did, because what I hadn’t realized is that the urban slang for “business” is actually what us mommy’s like to call “going number two”.  Now, after having three children, I can probably tell you more about “going number two”, than most people. When my 8 year-old-daughter was a baby, if you didn’t get her out of her crib fast enough when she woke up, you would be greeted by a smiling baby girl, standing up holding onto the rails with her diaper half pulled off and “number two” smeared all over her crib. She was always very proud of her creation, not surprisingly she is growing up to be quite the artist.  However, since that wasn’t supposed to be the focus of the post I was trying to write, I thought I would go with a different title there.

What it did tell me was that I better be doing some serious reading of my urban dictionary before my kids get to high school, because apparently I’m a lot less “cool” than I thought – and I don’t even think they use the word “cool” anymore. In fact, in an effort to appear more hip, I thought maybe I would use the word “phat” – even though a “mature” mother of three doesn’t like to be called “phat” no matter how you spell it – but I thought I better look it up first. Ahh, I’m not that out of touch, the first definition to the word “phat” is “cool”. I knew it. But wait, here’s something i didn’t know. Did you know that “phat” actually stands for “pretty hot and tempting”? I never knew that. After reading that, I’m thinking, I guess if anyone would, per chance, want to call me “phat”, I suppose I could live with it sounding like that “other” word. At 7:30 in the morning, in my long, wrap-around Ralph Lauren sweater, fuzzy Ugg slippers, cup of Cinnamon Dolce coffee, and bowl of oatmeal, I’m starting to feel more urban than ever, as I take pride in the fact that I am indeed down with the kids’ slang.

But then I read definition number two, which I will reproduce verbatim here from my handy Urban Dictionary.  It states, “The problem with “phat” is that it is no longer in really. It has kind of phased out and is mostly used by wannabes, lowerclassmen in high school, or middle schoolers. It is now considered a slang faux pas. I wouldn’t use it if I was you.” It goes on to say that “phat” got “old” in the late 90s. What? The slang I was already too old to be using, was already “out” over a decade ago? Can you imagine ten years from now when my kids are in high school, how totally lame/uncool/not phat I’m going to be to them then? What a rude awakening I am having this early on a Sunday morning – I’m going to need more coffee.

But just as I am having a complete middle-aged moment, I decide to see what my urban “bible” would say if I looked up my original word “cool”.  Perhaps it would give me insight into what ridiculous acronym I’m supposed to be using.  And here’s what it said, “The word “cool” is the best way to say something is neat-o, awesome, or swell. The phrase “cool” is very relaxed, never goes out of style, and people will never laugh at you for using it.”  Well, thank goodness for that. Nothing to worry about here, folks.  You can all go about your business (and to be clear, I don’t mean the aforementioned slang word for business). I am happy to state, that I guess I am still pretty “cool” after all… for shizzle.

Posted in MARKETING - The Random Ramblings of a Housewife